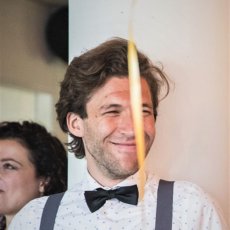 Sing after God a new song

In the Netherlands, traditional churches and religious institutions are losing ground, as is the case in many parts of the West. However, many practices rooted in traditional religion are still very alive, often (slightly) altered and appearing in new and unexpected contexts. It is this shift of traditional religious forms, the emergence of new forms of spirituality, and the increase of (public) presence of religious (mostly Islamic and Christian) immigrants, which incite scholars of religion to argue that categories of ‘religious’ and ‘secular’ are at least problematic.

Religious language, as well as religious practices, have moved beyond the walls of institutional churches, have thereby changed with these new contexts and new contents, and have changed the language and practice of the institutional churches as well. Approaches which acknowledge the fluidity of (apparent) religious practices and traditions, instead of following the paradigm of secularization, prove to be far more productive.

This PhD project wants to take this fluidity into account, while its object might appear as a traditional, canonical form of Jewish or Christian (liturgical) practice: the Psalms. However, we are considering the Psalms as a ‘cultural form’ which flows in, from, and between ecclesial, congregational and cultural institutions and structures. Our research approaches the Psalms as a sacro-soundscape (cf. Barnard & Klomp 2017), a suitable concept for the diversity and breadth of their appropriations. Psalms appear in new forms and contexts, in churches, concert halls, festivals, and education settings. In some cases, completely new poems and compositions are written and explicitly labelled as Psalms. Thus, Psalms are appropriated in ritual-musical performances in different networks beyond ecclesial contexts, as well as in the inner-ecclesial domain.

A selection of this conglomerate of various ritual-musical practices and which meanings they engender is the subject of our study. Our research project aims to gain deeper insight into the meanings attributed to ‘Psalms’ as a musical, textual and performative phenomenon in the specific contexts of some of the cases described above. Why are composers, singers, festival directors, poets, writers, audiences engaging with this old musical repertoire? How do they do that? When is something a Psalm to them, and why? Which theologies do performed Psalms nowadays engender?

We summarize all these questions in our main research question:

How to understand the ritual-musical appropriation of Psalms in Dutch and Flemish culture between 1990 and 2020 against the background of the transfer and transformation of religion?

This project investigates how people in particular contexts, and/or during specific events, engage in relationships with the Psalms, and aims to acknowledge the diversity of content, meanings and functions found in, and attributed to Psalms. The main concern is the subjective and intersubjective processes of meaning-making around ‘Psalms’ in events and/or projects. We narrow our large question down by focusing on a number of case studies, in order to provide an answer which illuminates the depth and complexities of specific cases.