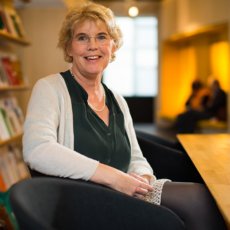 Chair of Systematic Theology and Genderstudies

Hello, welcome on my personal webpage. Nice that you show an interest in my academic work. I teach systematic theology and genderstudies at the Protestant Theological University in Amsterdam. My courses at PThU are on 'Christ, Gender, Culture'; 'Missiology and Intercultural Theology'; 'Ministry and Mission'; 'Eschatology: Hope in the Context of Secularization', and 'Theology of  Sexuality, Marriage & Family'.  Additionally, it is a pleasure and privilege to be a visiting professor to the Institute of Ecumenical Studies, Ukrainian Catholic University in Lviv, Ukraine, where I teach mainly on ecumenical theology.

The areas of my current research are:

My projects are embedded in the PThU research group Moving Identities and in the international and interdisciplinary research groups 'Transgender, Religion, Faith' and 'Orthodox Kaleidoscope' (on the study of lived Orthodoxy).

I welcome potential Ma and PhD students, both from the Netherlands and abroad, especially those interested in iintersectional research on ecumenical/intercultural theology, systematic theology, gender, sexuality, and politics. Please, feel free to contact me with your ideas and proposals (hezorgdrager@pthu.nl).

I received my formation as a theologian in Kampen (NL) and Lutherstadt Wittenberg (former German Democratic Republic). My doctoral thesis was on Schleiermacher and the meaning of gender in his writings. I practiced in the church as a student's chaplain in Leiden and as pastor of the Reformed church in Leersum. From 2005-2010, I followed the call for an international responsibility as a program manager of Kerk in Actie, Protestant Church in the Netherlands, in the field of mission and ecumenical cooperation in Central and Eastern Europe. Part of the job was teaching at the Institute of Ecumenical Studies in Lviv, Ukraine - it has become my second home base. Since 2010, I belong to the staff of the Protestant Theological University, initially in Leiden and from 2012 in Amsterdam.

To share my passions with others, I contribute as an active member to 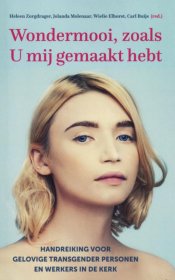 Published at Vallentine Mitchell, January 2017:The Jews of Lemberg; A Journey to Empty Places 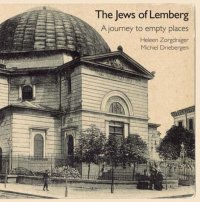