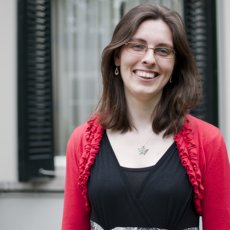 Dr. A. (Albertina) Oegema is postdoctoral researcher at the PThU in Amsterdam, specializing in the New Testament/early Christianity and early rabbinic Judaism. In her research, she  is particularly interested in the role of age and gender in processes of marginalization and power dynamics. Employing the perspectives of masculinity, agency, and emotion, her dissertation examined the interrelationship between fathers and sons in early rabbinic parables and emphasized the mutual influence of father and son upon each other. While her doctoral research contributed to the emergent study of Jewish children and childhood in late antiquity, her postdoctoral research moves to the as of yet underexplored final stage of the human life cycle - old age - in the New Testament/early Christianity and early rabbinic Judaism. Oegema analyzes, from a comparative perspective, the diverse views on age and the treatment of the elderly in both movements in late antiquity. In this research, she explicitly seeks to engage with concepts, questions, and discussions in gerontology and the ethics of aging, while also aiming to mobilize the "semantic potential" of these religious texts and enrich the current discourse on old age with early Christian and early rabbinic concepts, stories, and practices regarding aging and the aged.