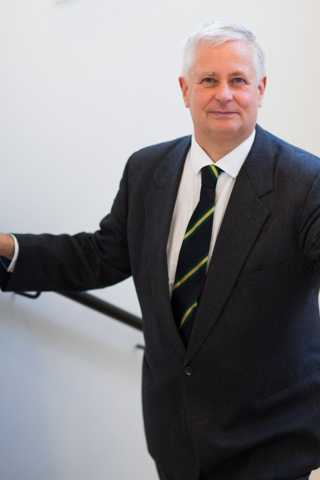 He was born 1 January 1953 in The Hague, and studied theology at the University of Amsterdam (PhD-thesis in the Marquardt-thesis of Marxist influences on Karl Barth in 1988). From 1982 onwards he served as a minister of what now is the Protestant Church in the Netherlands in the parish of Amsterdam and from 1997 onwards he taught at the Theological University Kampen.

Since 2008 he is editor of the Zeitschrift für dialektische Theologie / Journal of Dialectical Theology and he is a leading member of the global Karl Barth scholarly research network, also providing the Karl Barth database. He coordinates the cooperation of the PThU with the Karl Barth Center of Princeton Theological Seminary.

The English Translation (by Martin Kessler) of his inaugural address on the Miskotte/Breukelman Chair can be found on this webpage: 'This One is One and Unique; on the Task of Respecting the Singularity of the Name'.

As a part of the research program 'Transforming life' of the systematic theologians of the PThU he will write an essay on the importance of the thoughts of the continental philosopher Giorgio Agamben for theology.