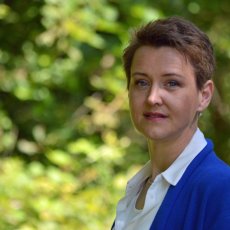 Food and meals are hot topics, in society and academic research alike. Over the last years, theologians and scholars in religious studies have rediscovered the ritual meals of Holy Supper/Eucharist as vital objects of research. In 2018, I co-edited and published the volume Rond de tafel. Maaltijd vieren in liturgische contexten that investigate these rituals from various perspectives. As a theologian I am most interested in questions around food and meal practices in daily life: how do we relate to the food we grow, import, eat, waste, the meals we cook and eat with other people, etcetera? I am currently developing a number of projects that explore the various values of food and their interplay. Contact me when you are interested to be involved in research on this topic in any way!

The passion in contemporary culture is revitalized. In our time, composers, musicians, producers and broadcasting companies are the ones who bring the major themes of this large musical form back on the agenda. The passion is alive in concert halls and on the city squares. This project deals with the paradox that today in a still secularizing country like the Netherlands rituals on the suffering and death of Jesus Christ can be so popular.

I started my research on contemporary Passions in 2010, in the project 'Religion? Music!' when working as a postdoc researcher at Tilburg School of Humanities. In 2013 I continued the research in a project that has a more theological focus. Soon, this will be completed by a monograph on the transfer and transformation of religion, that uses a single case: the multi-media event called "The Passion". This book showcases new ways to perform practical theology "after the death of God".

Every Sunday afternoon, a cacophony of sounds spreads over the Southeast part of Amsterdam. In churches, car parks, and school buildings, some hundred Christian congregations gather for worship. The performance of worship in these churches brings forth various sounds, which are often not only heard inside, but also outside the buildings. These sounds vary from audible silence and the singing of Geneva psalms in the local protestant congregation, to the upbeat sounds of praise, melodious preaching and rhythmic handclapping in one of the many immigrant churches.

The sound of worship is tightly bound up with the culture of its performers. Liturgical practice thus clearly expresses the identity of the people who perform liturgy, which is materially, culturally and contextually determined. In her study, Mirella Klomp investigated the sound of worship in a Surinamese Lutheran Congregation and a Ghanaian Methodist Church from a cultural-anthropological viewpoint, tried to find out which meanings churchgoers attributed to it and determined the qualities of these sounds. She theologically related these qualities, considered as sacramental shapes, to an incarnational understanding of worship, departing from the idea that, when the physical performance of ritual shapes embody the faith of the performer, forms in which the living Christ – who physically took shape in our reality – may be encountered, are created.

The dissertation following from this research project was defended in 2009 and published as Mirella Klomp, The Sound of Worship. Liturgical Performance by Surinamese Lutherans and Ghanaian Methodists in Amsterdam (= Liturgia Condenda 26), Leuven: Peeters 2011.