The Protestant Theological University (PThU) is a university for theology based on a religious view of life, located in Amsterdam and Groningen. The PThU aims at profound and relevant theological education and research with regard to developments in faith, church and Christianity worldwide. Work in the university is inspired by its close association with the church and a fascination for what faith does with people – explicitly including the personal faith of its staff and students.

The PThU stands for committed academic theological practice with particular responsibility for the Protestant tradition. The leading framework is the clerical and societal relevance of today, profound knowledge and elaboration of sources and respect for tradition.

Education for the ministry of the Protestant Church in the Netherlands

Relation to the Protestant Church in the Netherlands

There exists a mutual understanding between the PThU and the Protestant Church in the Netherlands (PCN). The PThU draws on the Christian faith in its work in the areas of education and research. Attending to the sources and history of the Christian faith, the study of the beliefs and confessions of the church and attending to learned faith and church praxis are all done in solidarity with the traditions that have united in the PCN. The PCN involves itself with the PThU by defining the requirements and objectives of the education programs and in the formation of those wishing to be accepted as pastors in the PCN. Administratively, this involvement is demonstrated by the Supervisory Council, which is charged with the supervision of the PThU Board under the oversight of and in accountability to the General Synod of the PCN.

The PThU wishes to be a university committed to society. This is instanced by conferences, study-days and publications for a broad audience. Thus the PThU contributes from a Christian tradition to the societal discourse on faith, church and society. Some of these activities are initiated by the PThU itself, some by others.

The PThU has come into being after a merger of the official educations for the ministry of the Reformed and Lutheran traditions. When the PThU was established, a mono-faculty university management structure was opted for. The members of the Supervisory Board are appointed by the Synod of the Protestant Church in the Netherlands. This warrants the connection of the PThU with the church.

Executive Board The Protestant Theological University (PThU) is run by an Executive Board, which is responsible for overseeing the preparation and implementation of the university’s education and research policies. In addition, the Board takes care of day to day tasks involved in the functioning of the university. The Executive Board is appointed by the Supervisory Council. This Council ensures that the Board abides by the obligations that apply to the university on the basis of legal and church rule in the exercise of its duties and powers. The Supervisory Council is appointed by the General Synod of the Protestant Church in the Netherlands. The Executive Board is assisted in its duties by the managing director, the director of education and the Advisory Council. 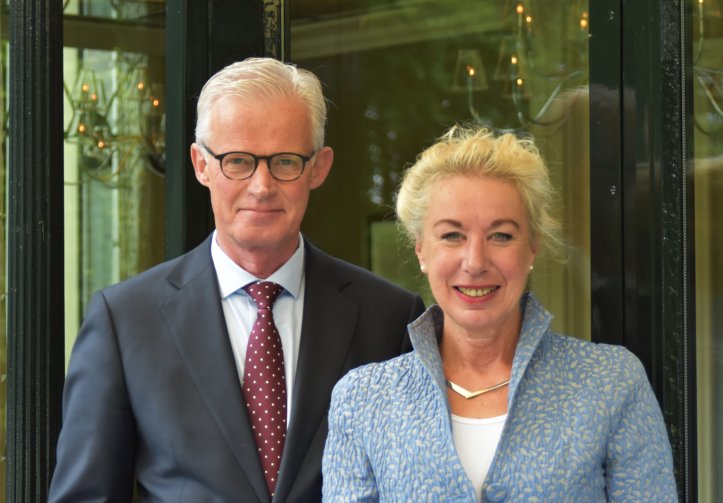