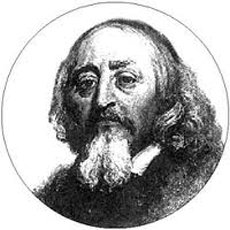 When it became clear around 1990 that the borders between Western and Eastern Europe had definitely become permeable, the four old state faculties of Leiden, Groningen, Utrecht, and Amsterdam (UvA) as well as the two reformed faculties of the Free University of Amsterdam and Kampen I decided to bundle their bilateral contacts with Central and Eastern Europe. Gone were the days when we could only maintain centuries-old academic contacts and peregrinatio or encourage students to an often adventurous academic year beyond the Iron Curtain with a visa that was difficult to obtain. Even in the dark times of the Cold War, our contacts, especially with our Hungarian-speaking partners, were never broken off. I would just mention the Bernardinum scholarship from the University of Utrecht and the East European Commission for Student Exchange under the leadership of the legendary Hebe Kohlbrugge.

In 1991, the Eastern Europe University Committee was founded and plans for interdisciplinary cooperation were forged, initially in collaboration with the Conference of European Churches and the World Council of Churches in Geneva, and later - when these two instances ran into financial difficulties - on their own. The Faculty of Theology Groningen took over the management and the chairmanship.

From 1991-1995 the church historian J. Roldanus coordinated the partnership, from 1995-2006 the Old Testament historian E. Noort. The Theological University of Apeldoorn and the then Hervormd Theologisch Wetenschappelijk Instituut joined the commission.

Theology in a rapidly changing Europe

The aim of the planned encounters between East and West remained an academic one in the good sense of the word. For from the very beginning the reappraisal of history, the contextualization of theology and the question of the future of theological education were central questions. What is happening at the theological faculties, in what context do these faculties do this, and how can we learn from each other in a rapidly changing Europe? This combination of academic theology and ecclesial commitment remained one of the pillars of the conferences.

A second characteristic was added. We deliberately opted for an interdisciplinary discourse and this has remained the case to this day. All theological disciplines: Old and New Testament, church history, systematic and practical theology as well as philosophy and religious studies are represented.

A third objective became increasingly important. The expansion of contacts could not take place without the cooperation and approval of the church and university hierarchy. There is a danger that young academics, who will need an international orientation more than ever in the future, will be neglected. The committee has therefore always asked for faculty delegations to be staffed by two seniors, two juniors and two major students.

Every two years, COMENIUS holds a conference, either in the Netherlands/Belgium or in one of the participating Central/Eastern European countries.